Why Is Critical Thinking Important for Marketers and Their Customers? 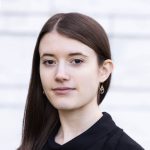 I’ll start with a quick story.

Over a decade ago, I recall shifting uneasily in my desk after hearing something that sounded implausible but was spoken with certainty.

The speaker? That class’ teacher.

As a new high school student, I had not yet been introduced to the concept of critical thinking. As it’s commonly described, I had been taught what to think, but not how to think; because of this, I found the world around me to be very confusing. Without a reliable way to filter out contradictory voices of authority, my mind was overwhelmed and defenseless against them all — until I soon found lifelong support in an unexpected place: a bookstore.

While scanning the nonfiction aisle, I spotted one book with an intriguing cover. Its backward and upside-down, vibrant red text caught my eye before I realized that it also described critical thinking as an art. As an aspiring artist, I was already compelled to learn more.

Because I had other interests in psychology and social dynamics, The Art of Thinking Clearly seemed just right for me; I bought it and started reading the same night.

In engaging and easy-to-understand language, Dobelli described many of the sentiments I had been mulling over but kept to myself, second-guessed, and ironically assumed were the result of naivety or overthinking because they weren’t shared by many people I knew.

This time, I wasn’t just reading another collection of words. It was a collection of explanations for frequent and predictable errors in decision-making. Encouraging me to keep my mind open yet discerning, it gave me the tools to evaluate much larger questions than those on my tests each week. Most importantly, it gave me the power to take hold of my own happiness and make life better for others, too.

What does it mean to think critically?

Critical thinking is the ability to think clearly and rationally, understanding the logical connection between ideas. A broad but useful term, it summarizes the ability to engage in reflective and independent thought.

As my introduction to informal logic, The Art of Thinking Clearly explained how people mistakenly and unknowingly rely on heuristics: mental shortcuts or “rules of thumb” that help people solve problems efficiently in some, but not all cases. These heuristics may be based on logical fallacies — mistakes made during the reasoning process — as well as biases, which are often-unfounded preferences for certain things or types of people.

Specifically, the book emphasized that there are many factors rather than a single cause for nearly any event. When we’re looking for a cause, we tend to default to what activates our emotions in addition to what we most commonly see and believe to be true firsthand, all of which distort our ability to make accurate judgments and comparisons. Put even more simply, we don’t know what we don’t know — teachers, marketers, and everyone else included.

So, what are a few ways critical thinking helps both consumers and marketers?

As potential customers, critical thinkers are better able to spot false claims and marketing techniques that try to appeal to their emotions without supporting evidence. Meanwhile, marketers themselves can make more responsible decisions, better understand their customers, and think creatively.

This discernment from each side tends to result in customers choosing products or services that meet their long-term needs. And, with each purchase, they’re funding the thoughtful, efficient workforce that makes such improvements possible. It’s an all-around positive outcome!

That’s all for now, but there’s much more ahead. Look out for additional information about the strategies and benefits of critical thinking. You can sign up for Laurelow’s email list or follow the small yet effective service-based design and marketing company on Facebook, LinkedIn, or Twitter.